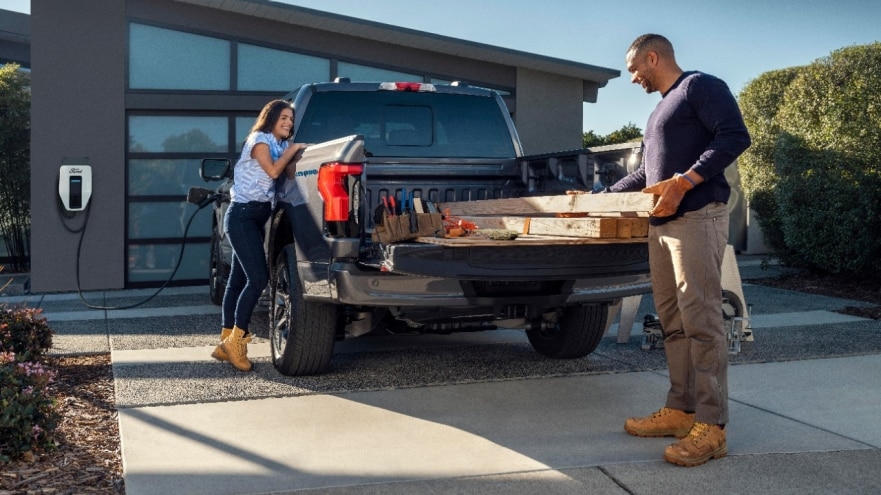 DEARBORN, Mich., May 2, 2022 – F-150® Lightning™ customers will benefit from more power and capability than they expected from their trucks.

F-150 Lightning, the only full-size electric pickup available now with a starting price less than $40,000, will begin to ship to customers in the coming days, starting with the Pro Series, as Ford establishes itself as a leader in the electric vehicle revolution. Lightning is the smartest, most innovative F-150 that Ford has ever built, with the freedom of a 10-kilowatt smart power plant on wheels, software updates that will make it even better over time and Built Ford Tough capability.

Both the standard- and extended-range battery packs offered on F-150 Lightning will deliver more horsepower than originally targeted and announced when the truck was revealed in May 2021, and the payload capacity increased as well.

“We were seriously focused on raising the bar on this truck, including after we revealed it, so we can deliver more for our customers,” said Dapo Adewusi, F-150 Lightning vehicle engineering manager. “And our drive for continuous improvement will get a big boost when we start getting feedback and ideas from customers when they receive their Lightnings.”

“Considering the initial numbers were impressive, these are amazing!,” says F-150 Lightning customer and high school teacher Travis Piser. “It really inspires a lot of confidence about how the truck will perform.”

“I have been very excited for this truck ever since it debuted a year ago. The experience of driving one was simply amazing,” says F-150 Lightning customer and deputy fire marshal Matthew Brown. “Now you are telling me that is has more horsepower and can haul over a ton of weight in the bed. Absolutely blows my mind!”